An ancient building, unquestionable spectator of the long history of assistance and hospitality in Sacile.

From ancient Pilgrim’s Shelter during the Crusades, to Hospital for the Poor during the Commune period, today it is an important cultural centre together with Chiesa di San Gregorio.

Ospitale San Gregorio is a small building close to the river Livenza, in Via Garibaldi, in Sacile historical centre.

Its origins are recorded in the early city documents. Reliable sources show that in 1199 the borough of San Gregorio already hosted a shelter to accommodate and assist travellers and pilgrims en route to sacred places, supporting them in line with the ethics of religion and charity.

It is located on what was a busy street at the time, which connected the upper and lower borough through the port. Once called Ospitale di Santa Maria della Misericordia, it already existed in 1331 and was first managed by the order of Giovanniti, then by a brotherhood known as Confraternita dei Battuti, and finally by the Community from 1366. It was a well-aired, open building, facing South, and sheltered from Northern winds. In 1461, it was extended and used to accommodate the sick, or “Christ’s poor”. Thanks to the help of many local families, in 1475 it could also count on a surgeon. 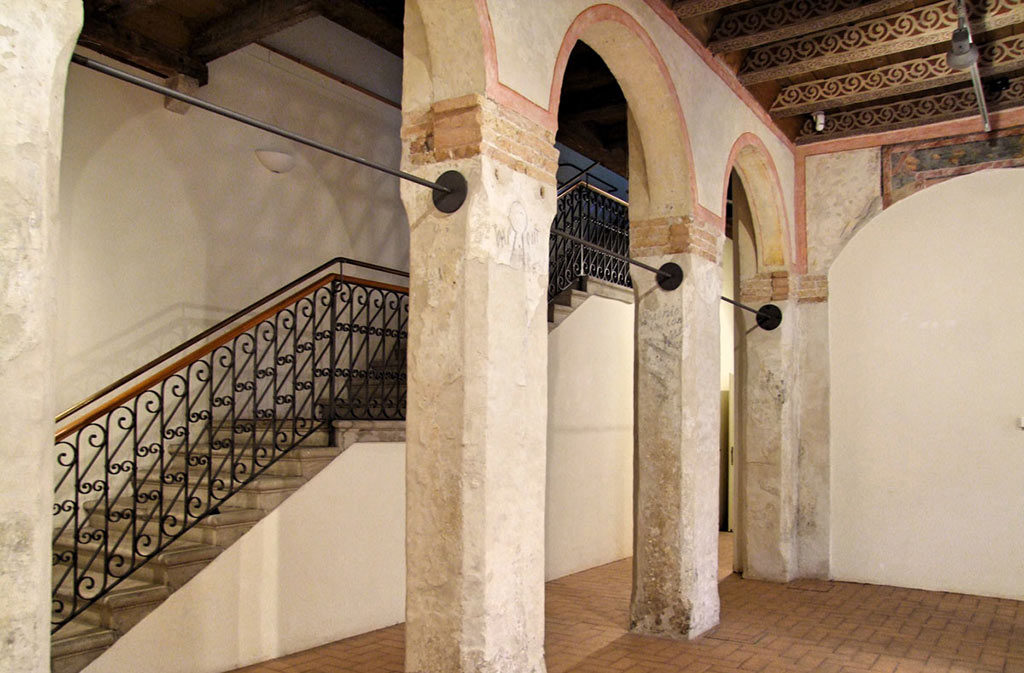 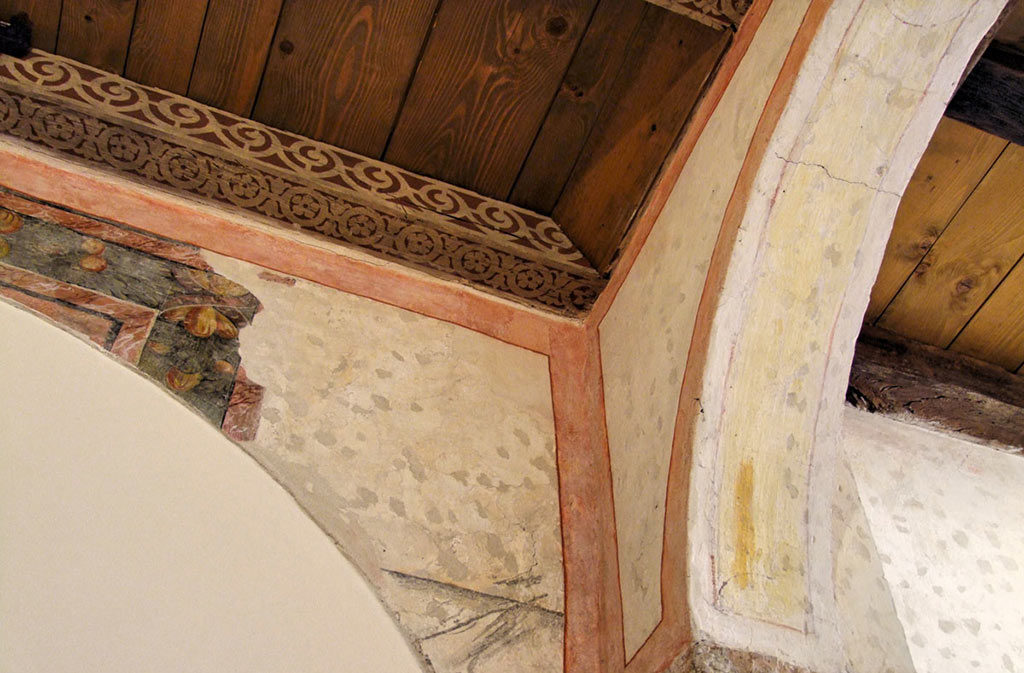 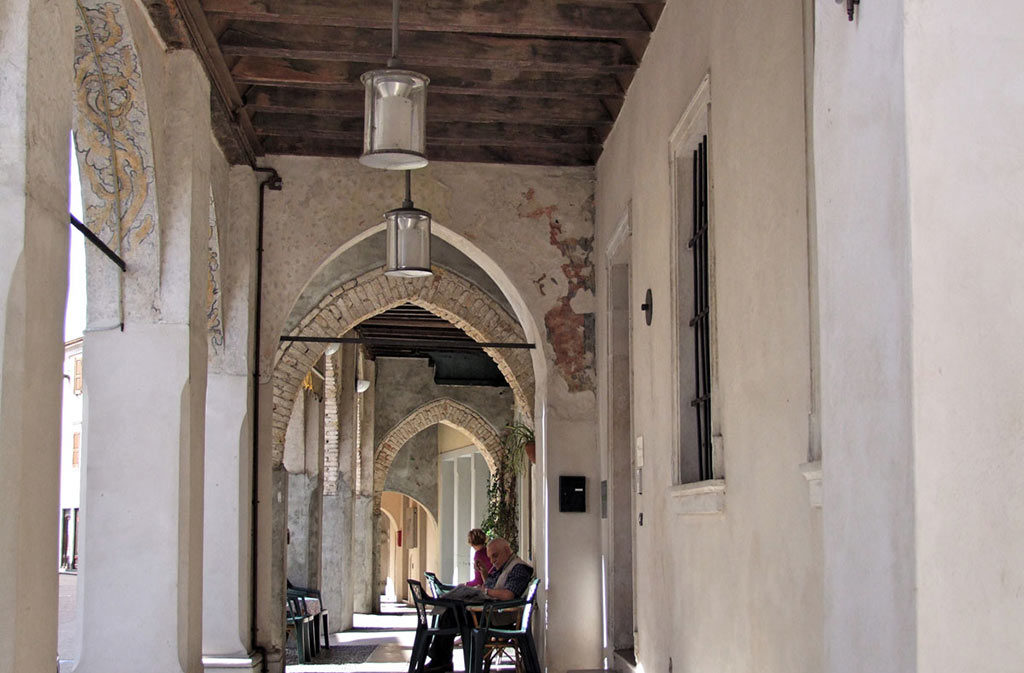 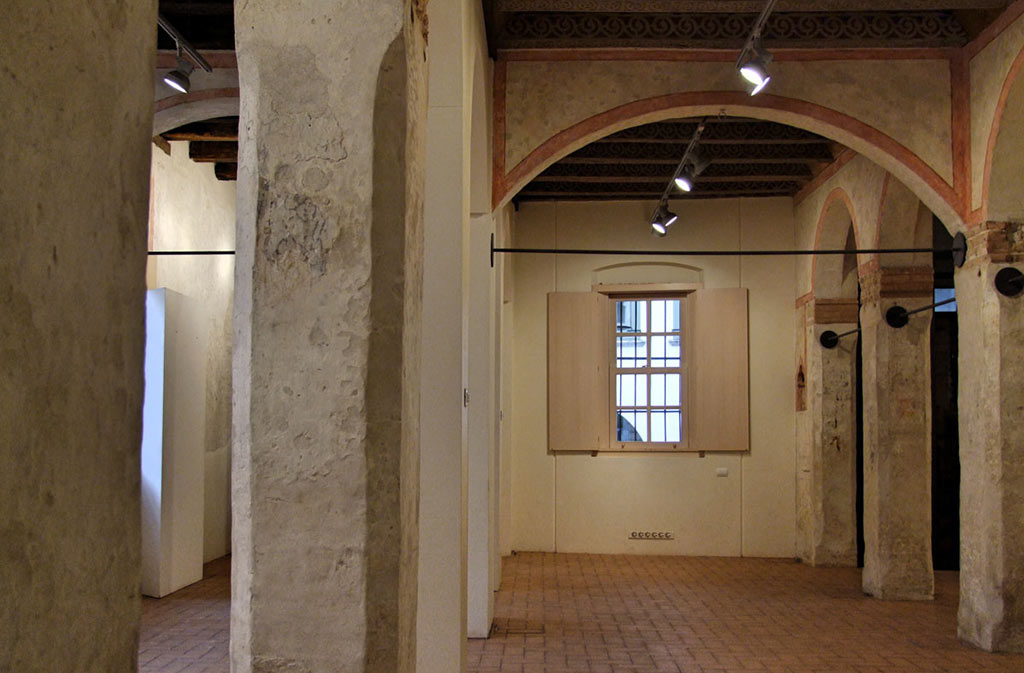 With the fall of the Republic of Venice in 1797, the hospital was used as a shelter for troops. In 1879, its activity was moved to the current hospital premises, originally housing the Augustinian monastery of Madonna degli Angeli, which had been dismissed in the 18th century under the Venetian domination and had then served as military base, warehouse and houses, before being acquired by the City Council.

After the Great World War the building housed the Municipal Court.

Today it features an elegant entrance portico, an interior combining round arches and segmental arches held up by square pillars with rounded edges, still showing traces of ancient plaster with decorative paintings and more recent charcoal inscriptions. An element of greater interest is the “butto”, the traditional barrel-shaped compartment built under kitchens to dispose of garbage. This structure emerged from the recent restoration and still contained pottery, etched ceramics, majolica, raw colourless ceramics, ceramic plates, pots and glasses (mioli).

On 23rd
March 1462,
date of this writing,
when Adam was created,
the Hospital for
Christ’s Poor was founded