South of Sacile, on a small hill close to the river Livenza, Chiesa di San Giovanni Battista can be found: an ancient church whose architecture and decorations are of particular artistic and historic interest.

The origins of Chiesa di San Giovanni Battista are traditionally set around 1300, even though the first traces of its presence date back to 1233.

The rectangular building has one nave housing the main body and presbytery. The ceiling features wooden trusses and bricks, while the vault is covered in plaster; on its outside, it features two slopes. The presbytery and altar are directed towards East, as a reference to the places where Jesus lived. The external bell gable stands on the entrance façade.

The access to the church was paved during the 20th century and designed with a strong symbolism: marble tiles of different colours depict the cross, the water of river Jordan, John the Baptist and the Baptism of Jesus.

Its inside hosts precious post-Byzantine frescoes ascribed to the 16th-century Venetian-Cretan school: above the triumphal round arch leading to the altar, God Father is flanked by the announcing Angel and Virgin Mary, while below them some frescoes depict the Saint apostles Peter and Paul. On the right wall, the Baptism of Jesus at the river Jordan features the kneeling figure of a donor holding a book, dated 1593. The left wall hosts a work in a different style, ascribed to Girolamo Stefanelli, depicting Madonna on throne with Child and two standing saints, Saint John the Baptist and Saint James the Less, with the words “S. Carlo de Vettor ha fatto fare per suo avodo et devocion MDLXXXXIII” (Sir Carlo de Vettor commissioned this work as a vote and for devotion in 1593). 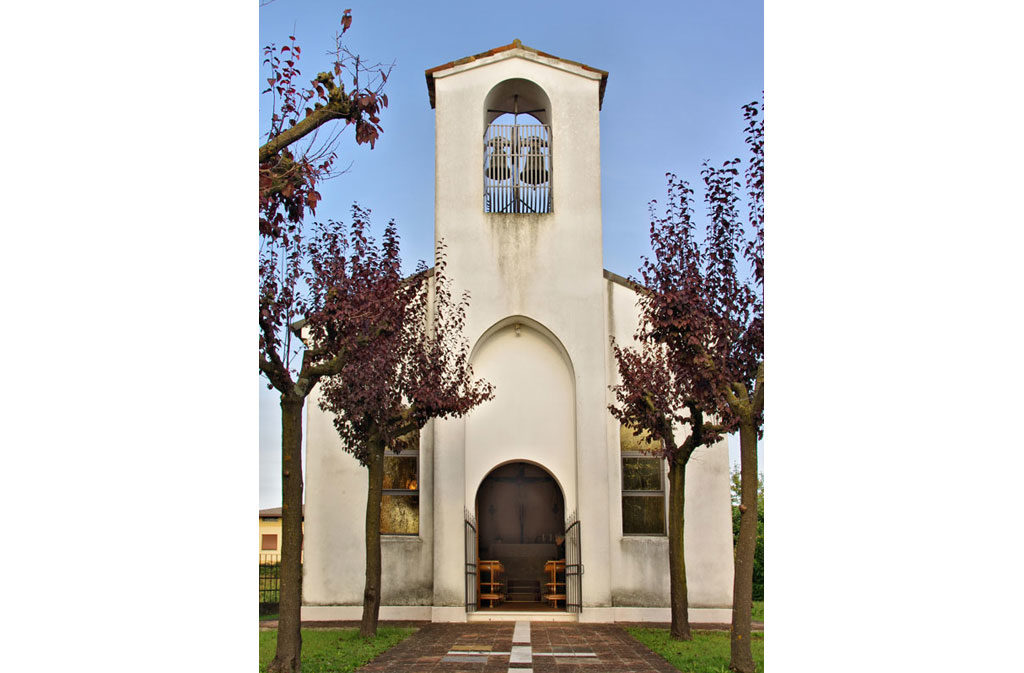 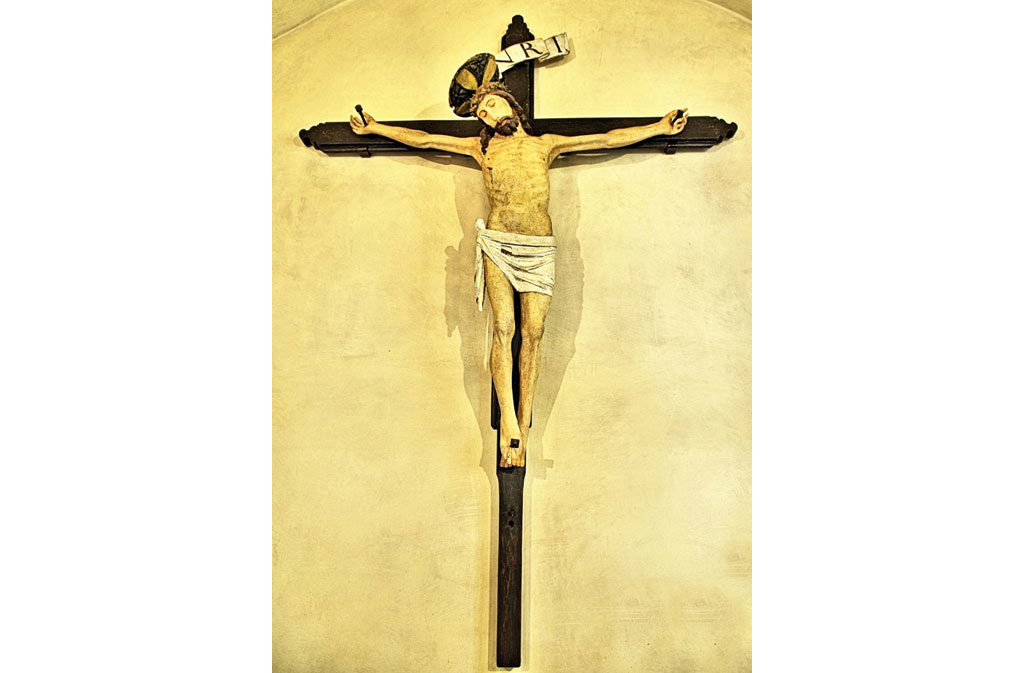 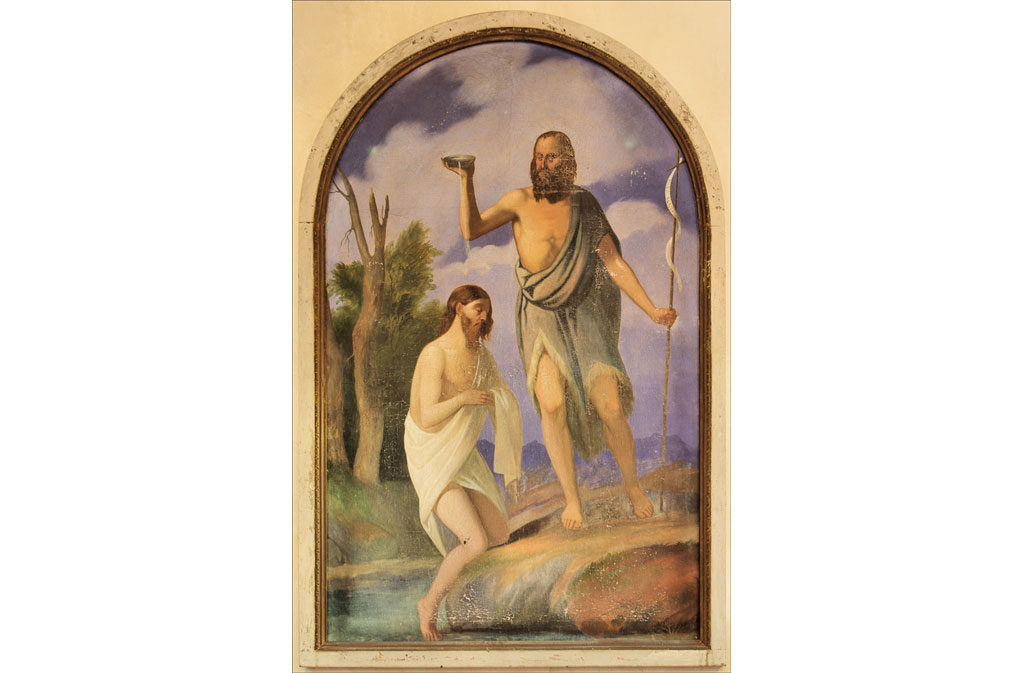 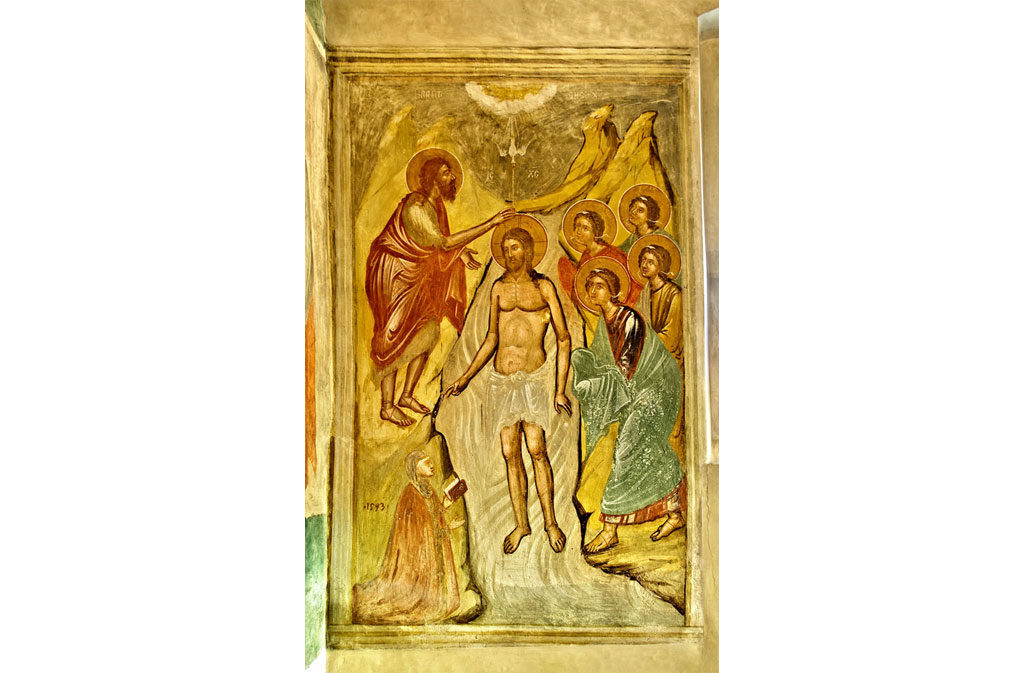 Behind the altar, an ancient crucifix by an unknown artist from Cadore area is visible. The wonderful lime wood polychrome sculpture dates to the 16th century, while the cross is more recent. Its current position in the church sums up the fundamentals of Christian faith: incarnation, death and resurrection (Annunciation fresco, Crucifix, Mass altar). In the early 18th century, this splendid work witnessed a “miraculous” event recorded in the Parish register of Francenigo hamlet.

On the left side wall, towards the centre, a sort of tabernacle with a niche hosts a modern statue of Saint Anthony from Padua, while on the right side wall a 21st-century canvas depicts Saint John the Baptist baptising Jesus.

The church also enshrines a splendid bronze Way of the Cross by contemporary sculptor Giorgio Igne donated by Mazzon families of Sacile. This work reinforces all the expressive traits of the artist, often choosing religious themes reinterpreted under the light of discovery of the contemporary world. His strong language expresses an art preserving history, carving the truth inside everybody’s conscience.