This small, lonely church in the countryside, dedicated to Saint Mary of Graces, is the only vestige of the Feud of Fossabiuba.

Built in the meadows in Vistorta in 1014, when the castle and its neighbourhood were destroyed the church survived inside the profound, religious silence that surrounds it to the present day.

Chiesetta della Madonna delle Grazie di Fossabiuba is located in Vistorta, a charming hamlet South of Sacile. For many years, it has been a destination for pilgrims and a centre of devotion rooted in peasant culture and tradition. It is also known as “Church of Fossabiuba” due to the proximity with river Meschio, bordering the ancient feud and reminding of fossa biuba, from dialect “bevuda”, indicating a river where animals used to drink.

Built in 1014 under the name of Saint Mary Nascent, it belonged to the Feud of Fossabiuba of Giacomo Del Ben, also known as “the powerful”. Giacomo da Fossabiuba brought the family properties to their maximum splendour, with the castle reaching the highest number of inhabitants in the area. Surrounded and protected by walls and rivers, it had four entrance doors located on the cardinal points, a “beautiful piazza” and many workshops. The feud was renowned also for its healthy air and abundance of rivers. 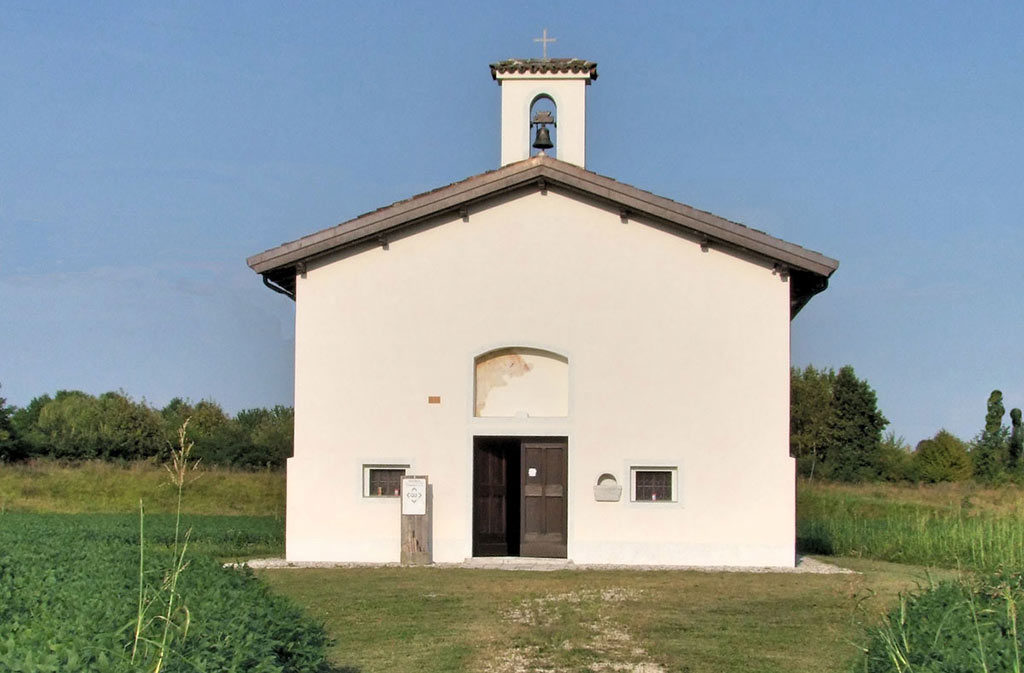 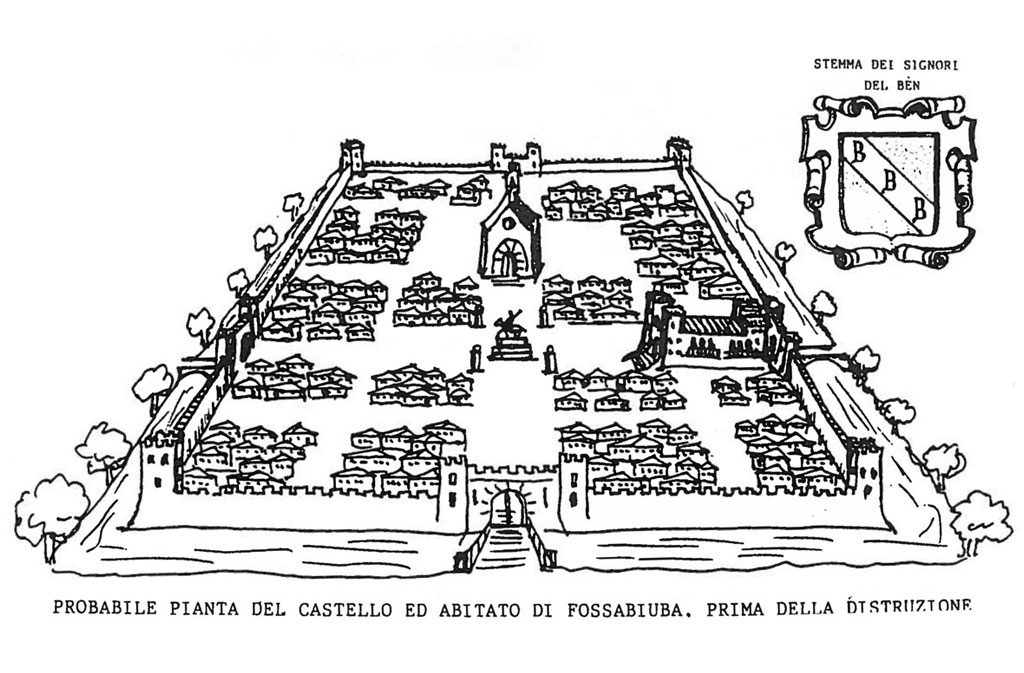 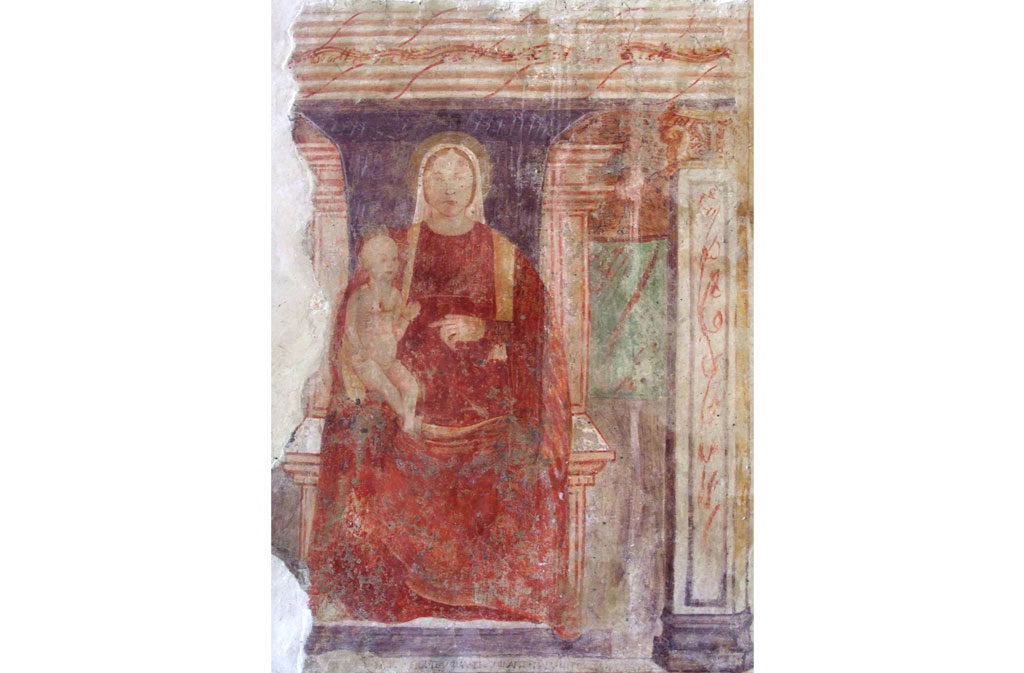 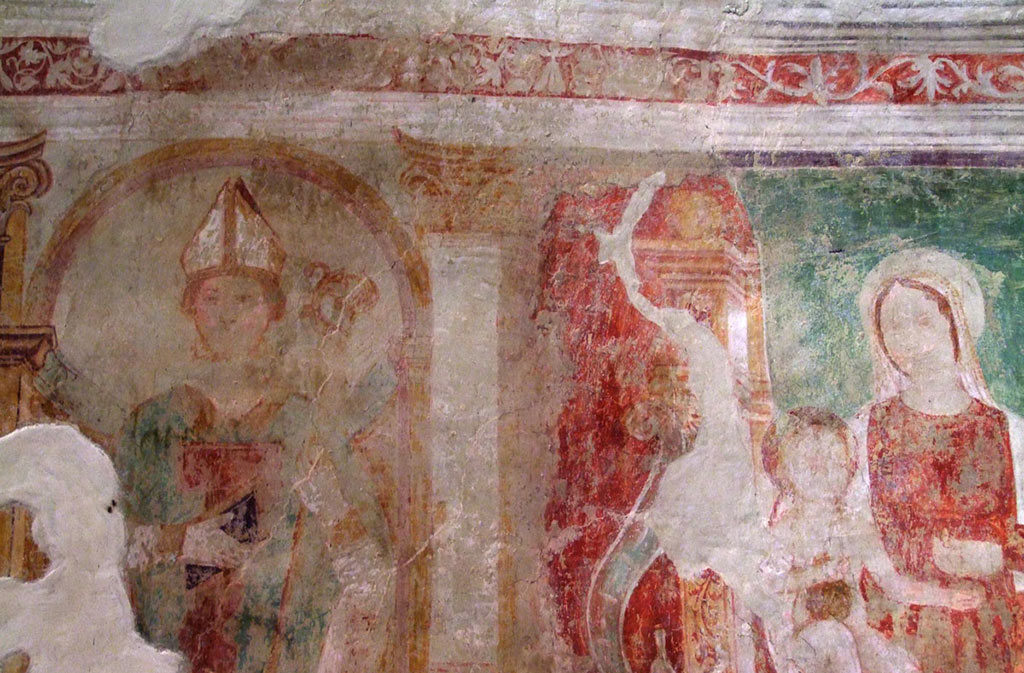 The decline and destruction began in 1199 by the hand of Da Camino family. The small church, built under the name of Saint Mary Nascent, survived the passing of time and was then dedicated to Saint Mary of the Angles. In 1462, the Augustinian hermit fathers refurbished and decorated it, and named it Chiesa delle Grazie. At least two of the frescoes on its inside date back to the 16th century and are ascribed to the Friulian school. Since 1973, it is owned by the Parish of Cavolano, which, after the earthquake in 1976, started significant refurbishment works.

Chiesa della Madonna delle Grazie has a single nave and houses a 18th-century golden wood altar, donated by the community to free the city from cholera. The altar hosts a wooden Madonna with 15th-century clothes, which has been recently refurbished.

The frescoes are so valuable that they are considered to be among the most interesting in this area. Renovation works showed that they sometimes overlap and that they were probably created like ex-voto between the end of the 14th century and the beginning of the 17th century.

Their main subject is the Madonna. The most significant images are the Madonna with Child above the right side door (end of 16th century), and, on the left wall, a slightly ruined Last Supper.