A noble house for culture and art.

With its “compact and solemn volume”, it is among the city’s most original buildings. It houses the art gallery dedicated to Pino Casarini.

Located in Piazza Duomo, it was once protected by the castle walls that started in Castelvecchio and reached the apse of Duomo di S. Nicolò. The architectural language of this imposing building is quite different from that of the other buildings in Sacile.

Most likely, its construction began in 1543 by order of the Venetian noble Bernardo Carli. Venetian style is mixed with typical elements from the areas of Treviso and Ceneda, openly contrasting with the elegant, noble tone of Piazza del Popolo and Campo Marzio. The same sober appearance can be found on its inside and on the linear side and back façades. 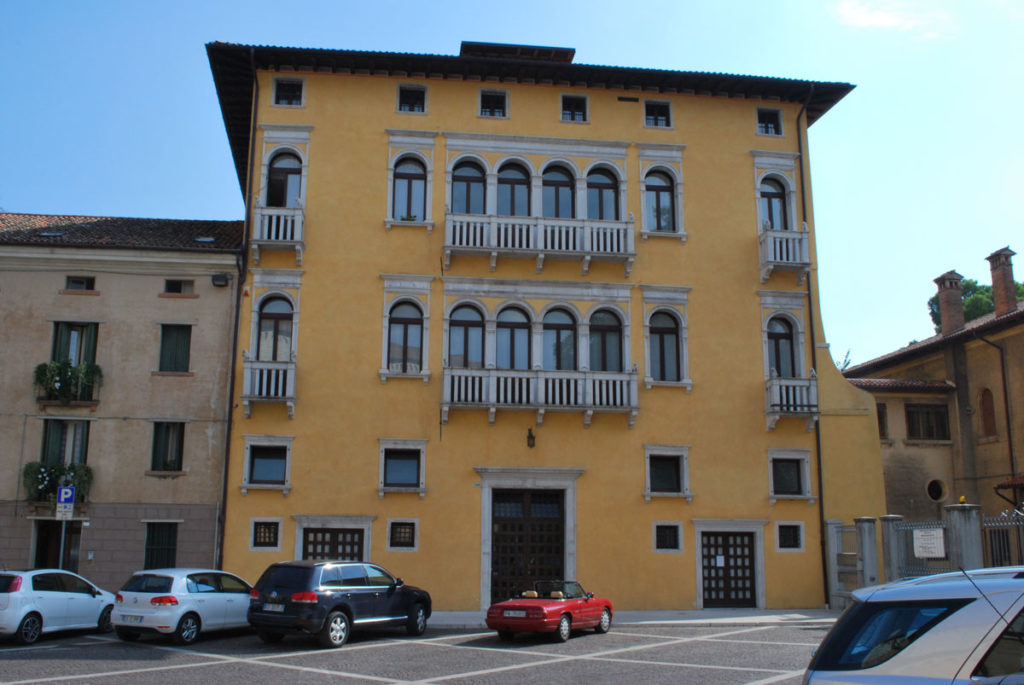 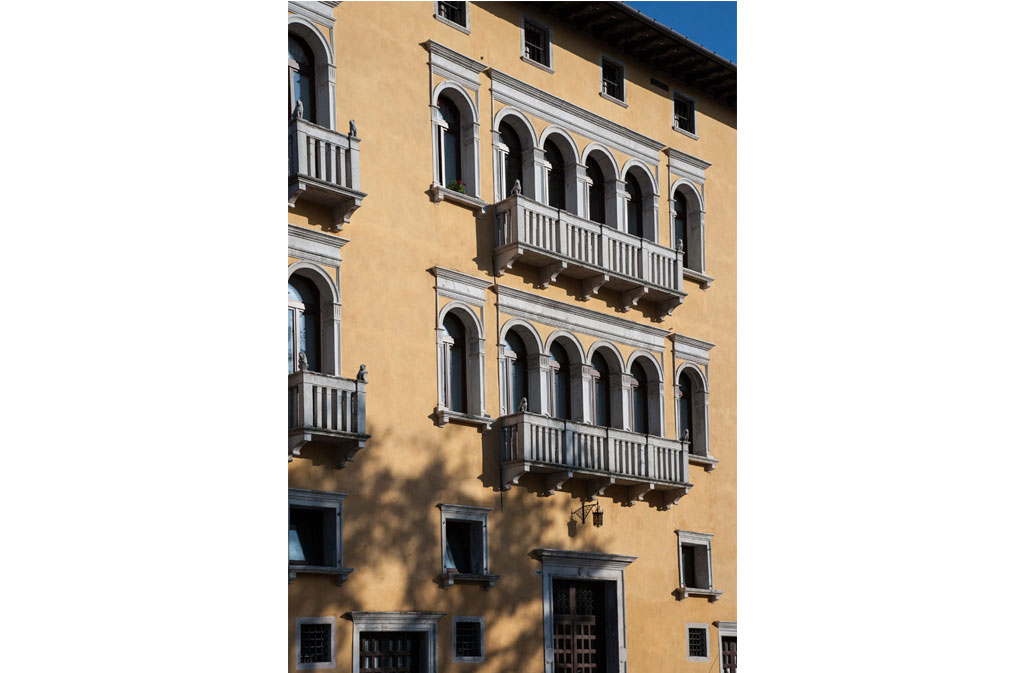 The façade of the building is almost square and very linear, but is decorated by two four-arched windows with balconies with lions on top, flanked by smaller balconies: this particular design makes the entire structure seem taller. On the back of the building, a well-preserved noble staircase leads to the first floor.

Over time, the interiors have been deeply modified to adapt to their intended use. The internal walls are decorated with precious paintings, mistakenly attributed to Pordenone in the past. The mythological frescoes were certainly painted in the 16th century and enriched with tempera works depicting Petrarch, Madonna Laura and Dante Alighieri, probably during the 18th century. Today only some frail traces are left to witness their ancient splendour.

In the 19th century, Palazzo Carli served as a school and it was later owned by the Sisters of Charity.

To the present day, the building is home to Pino Casarini Modern Art Gallery and hosts the local radio station, Radio Palazzo Carli.