Last trace of an ancient castle, this church enshrines frescoes from the 13th century

Chiesetta di San Daniele is located in the ancient hamlet of Topaligo, “a castle, now small villa in the territory, just half a mile outside Sacile, in the direction of the door of Saint Anthony”.

Chiesetta di San Daniele is a small religious building located in the hamlet of Topaligo, an ancient borough South of the railway station, inhabited from the Langobard period. The meaning of its name got lost in the course of its long history: “place rich in poplars” or “place connected to salt trade”.

The church was built around 1100 near a castle which was destroyed towards the end of the 12th century. The current structure dates to the 15th century, although some sources quoted Chiesa di San Daniele in connection with pastoral visits in the years 1512 and 1554. Contrary to other churches in Sacile, which were property of the Patriarchs of Aquileia, it has always belonged to the Diocese of Concordia and is up to date the beating hearth of Topaligo. 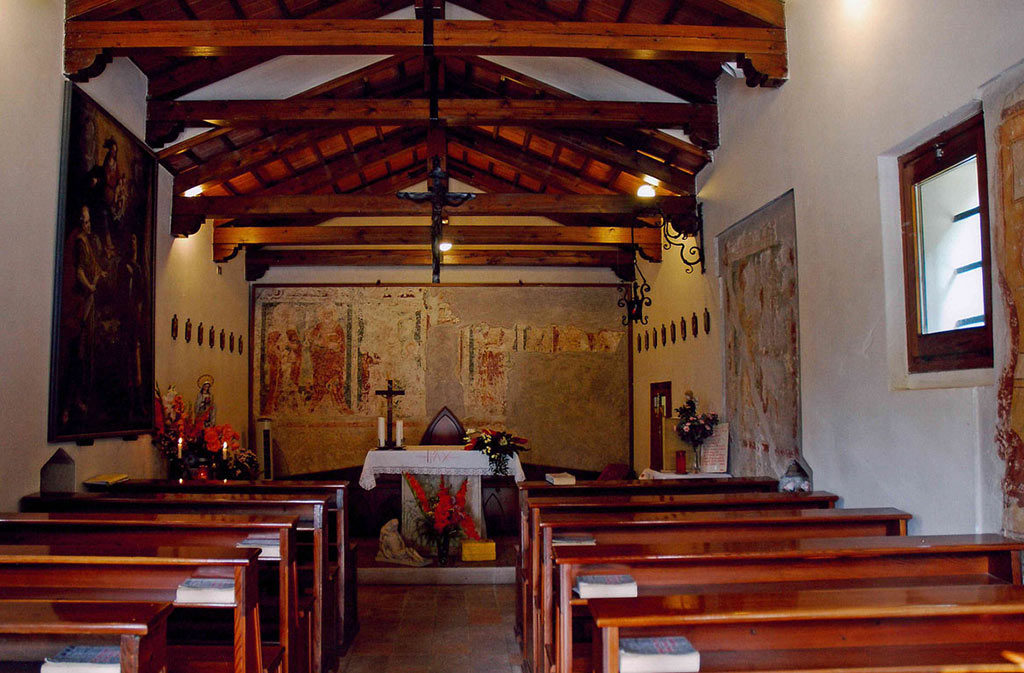 Its inside shows precious and visible frescoes from the 14th century, valuable works depicting a crucifixion and saints, and a 15th-century fresco with Saint Sebastian.

The valuable large picture (oil on canvas) was an altarpiece and dates to the 17th-18th century. It depicts a Madonna with Child, S. Daniel with the Lion and S. Florian with the ox.