From river emporium to elegant meeting point at the heart of the city.

The ancient “Portus Sacili”, a dock for mercantile boats, looks out onto the line of 17th century warehouse-buildings. In the background, the 15th century City Hall stands like an ample stage.

Sacile’s main square, located in the heart of the city, was originally an emporium destined to be a stopover for goods on the river port. The slightly southward inclination of the ground still reveals the original function of this site, which was closed down in the second half of the 16th century, after port activities ceased.
The perimeter of the square is defined by a series of Venetian style warehouse-buildings, showing influences from Treviso architecture.They date back to the first decades of the 17th century, when the entire area was dried and paved with stones and pebbles.The three-floor buildings were used for business and residential purposes, and also as barns; they stood out for their two entrances, one from the square and the other from the river Livenza, and had a stable at the back. In the 18th century, when the residential need overtook the others, the building interiors underwent renovation. 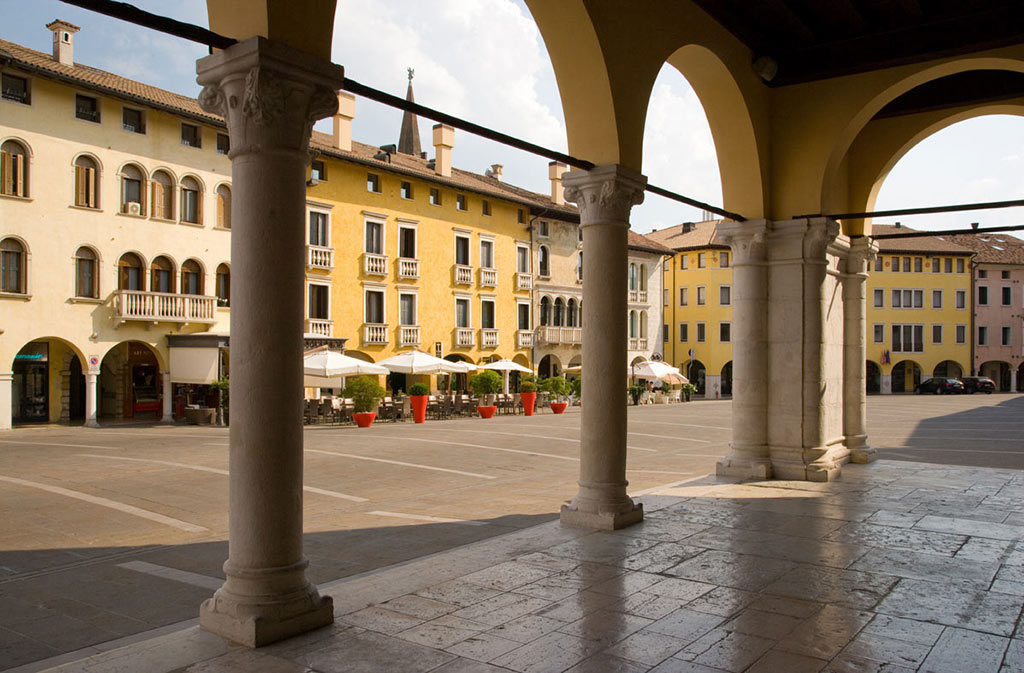 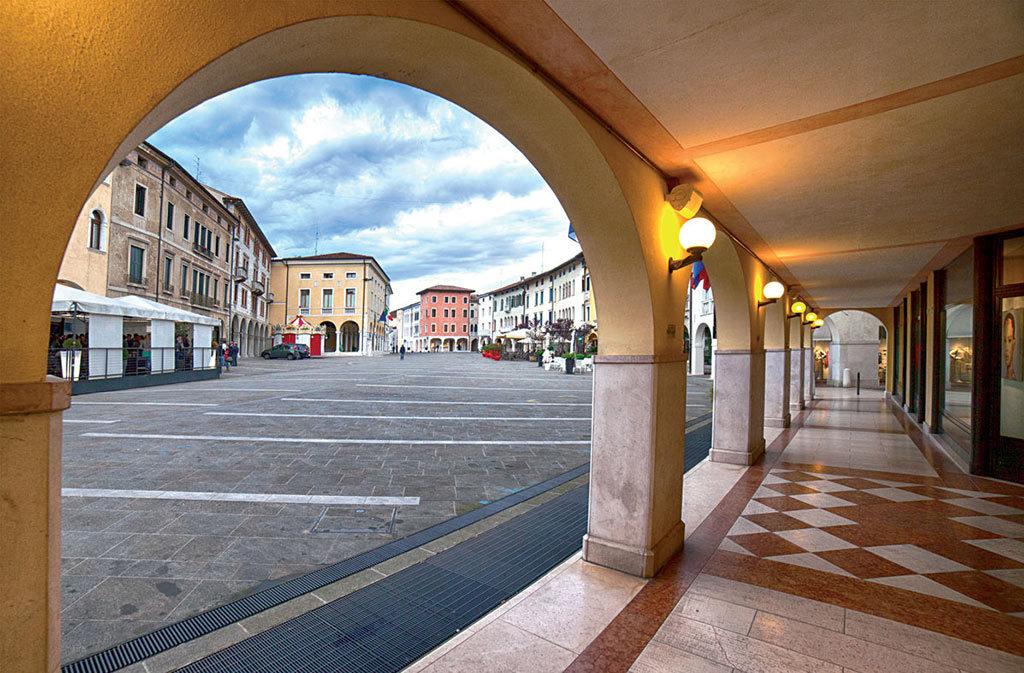 A particularly interesting building is Palazzo Pianca: a gothic treasure with its mezzanine floor, round arched windows with a perforated balustrade and triple-arched window. Under the porticoes, two ancient frescos can be found: a Madonna and Child and a Madonna kneeling with a black veil and Saint Sebastian. On the opposite side of the Piazza, Palazzo Fabio-De Zanchis shows its elegant four-archedwindow and traces of a beautiful mythological fresco on the eaves.
The bombings that took place during the World Wars and the recent earthquakes have led tomodern reconstructions, aimed at preserving an architectural continuity with the past. On a different note, until the beginning of the 20th century the square was indicated in old guides as being a famous “spharisterium”, which is a sort of ancient football field.