A noble house in the hearth of the city, witnessing the history and urban structure of Sacile.

Initially serving as a noble house for the Ettoreo and Vando families, Palazzo Ettoreo stands proudly on the river Livenza in one of Sacile’s most evocative views, witnessing over five centuries of city life.

Located on the corner between Via Pelizza and Campo Marzio, in what was known at the time as Borgo Fratta, the building was constructed in the mid-16th century on a previously Gothic-style structure by the noble Ettoreo family. Its appearance is impressive, combining 16th-century style with gentle hints of Venetian design.

In the beginning, the building looked particularly rich, with large rooms decorated with wall paintings and an outdoor loggia. Thanks to its portico and two workshops on the ground floor, it participated in the economic-commercial role of its piazza.

This noble house still keeps its classic, elegantly sober appearance, typical of the Renaissance Venetian architecture: a trapezoid plan, an impressive staircase leading to the noble salon, a beautiful four-arched window in Istrian stone resting on a substantial portico with round arches and a suggestive angular window, providing a unique view over the Livenza.

Numerous frescoes decorated the façades in the past, of which now only traces remain: three cherubs which probably completed a complex decoration which had historical or mythological motives, and a fragment in a round frame underneath the portico depicting a Madonna and Child, a devotional painting created in the early 18th century by local artists. The beautiful portico spans over the two external façades: three elegant round arches on top of octagonal white stone columns and exposed beams face Via Pelizza, while towards Campo Marzio six brick arches enclosing the partly visible original columns support a small 16th-century loggia. The corner pillar houses two bas-reliefs with winged magical creatures (a griffon and a dragon), while the central pillar still bears the engraved emblem of the Ettoreo family.

The building, now owned by the City Council, was home to the “Golden Lion” guesthouse for over a century: Silvio Pellico stayed there on 25th March 1822, while moving to the Spielberg.

Campo Marzio, known as Borgo Fratta in the 14th century, was connected to Piazza del Popolo by a bridge and was a necessary step to reach Borgo San Gregorio from the heart of the city. With its lively economy, at the end of the 15th century Campo Marzio housed various businesses and Renaissance buildings in Venetian style. Palazzo Pelizza (now lost) and Palazzo Ettoreo, with their porticoes and ground floor workshops, participated in the economic life of the piazza, while Palazzo Candiani was built later. On the background, the river Livenza draws one of its most beautiful bends, which can be admired from a pedestrian bridge leading to the Duomo. The bridge provides a view on the old towers from the Commune period, on abandoned electrical stations and on the buildings in Piazza del Popolo. 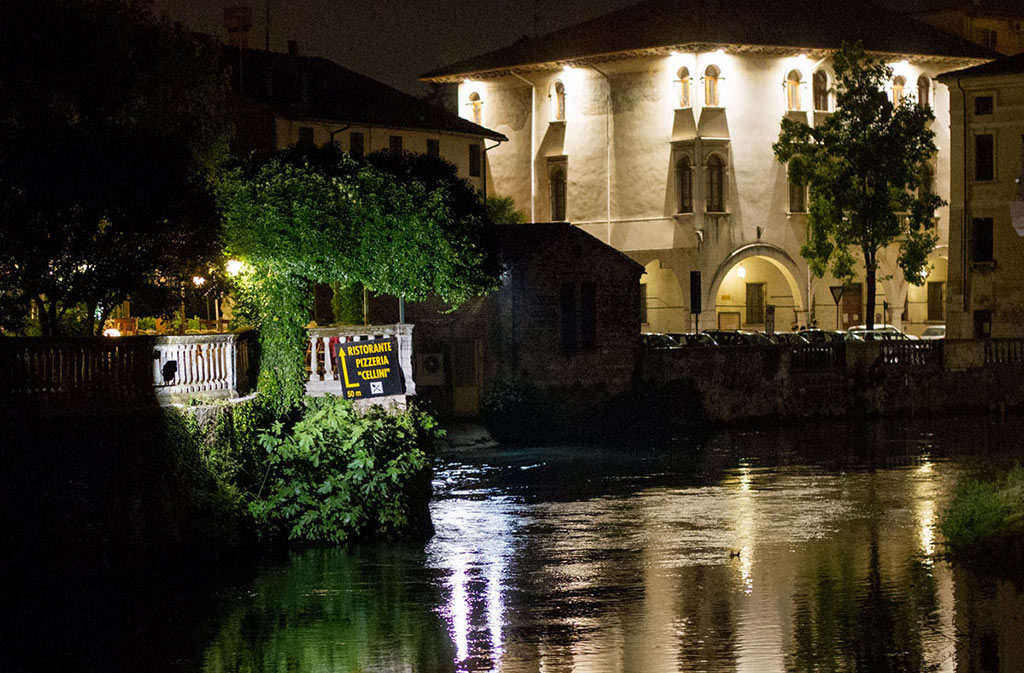 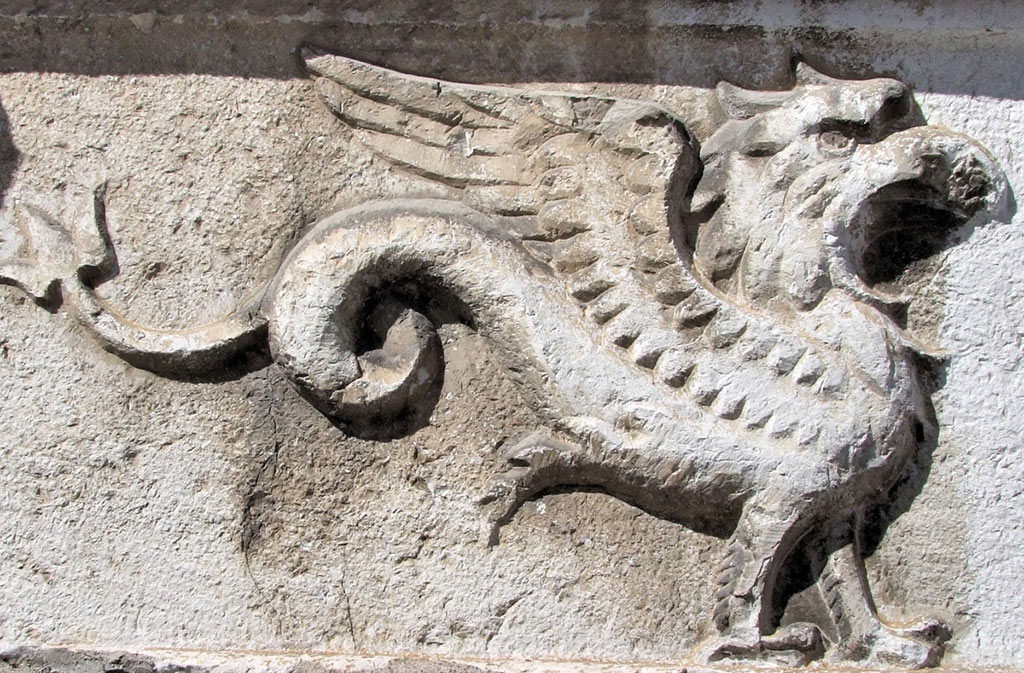 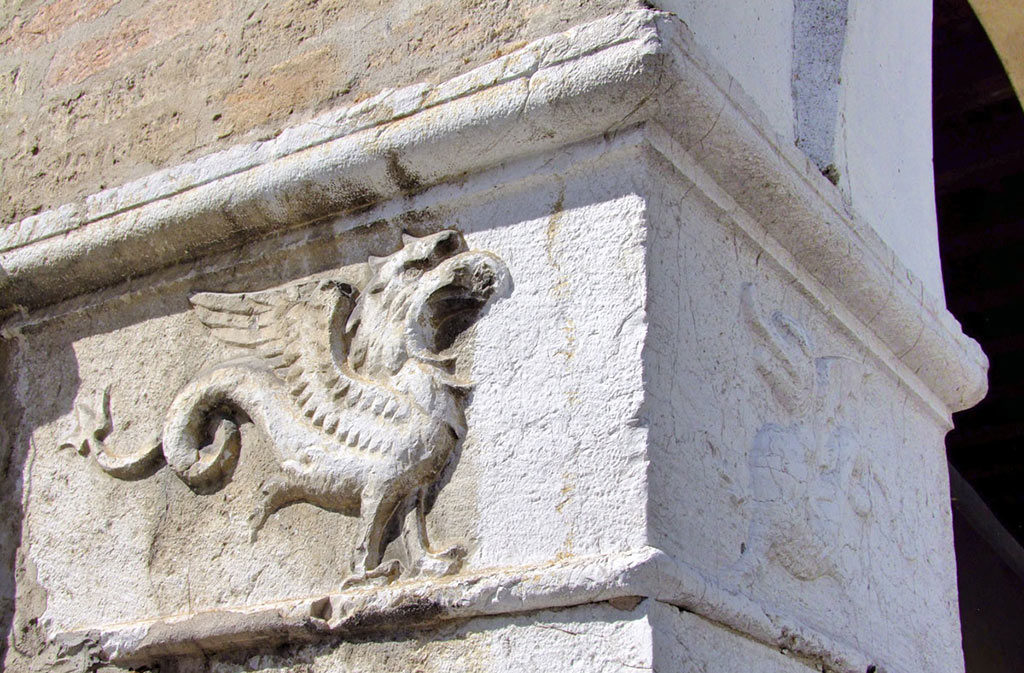