This church was strongly demanded by Sacile community.

Chiesa di Santa Maria della Pietà has its origin in a deep local faith. It has looked onto the clear water of the river Livenza for many centuries, welcoming each faithful and traveller who came to see the statue of Saint Mary of Mercy, also known as Vesperbild.

Construction works started in 1611, after a miraculous event which took place in August 1609: a statue of “Mercy” (placed close to the “pianche” bridge which gave access to the small square of the Duomo) began to weep. Rumours about miracles and unbelievable healings were spread, and many faithful came from nearby villages. The Council of the Magnificent Community of Sacile started long negotiations with the Venetian Senate and the Diocese of Aquileia to be allowed to build a small church close to the bridge, to better shelter the miraculous statue. At the beginning of 1616, Chiesa di Santa Maria della Pietà was consecrated. In 1630, a well known artist, Valentino Dell’Huomo from Udine, created the altar. Between 1623 and 1645, the interiors were fitted and the building was richly decorated.

Over time, the church has undergone many restoration works and modifications.

Today, the building has a refined and original design with an hexagonal plan. Walls are hinged to one another by long pilasters with Ionic capitals, supporting a double trabeation with ample and plain walls where central round splayed windows open. The entrance portico is evocative: a hall with a double loggia rises directly from the water of the river Livenza. 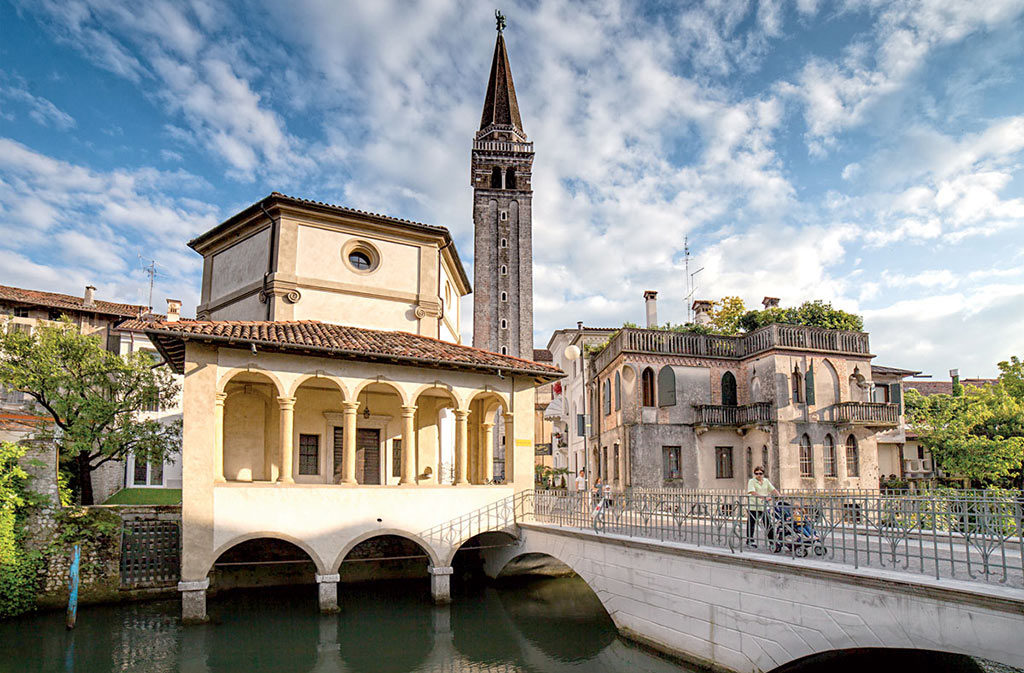 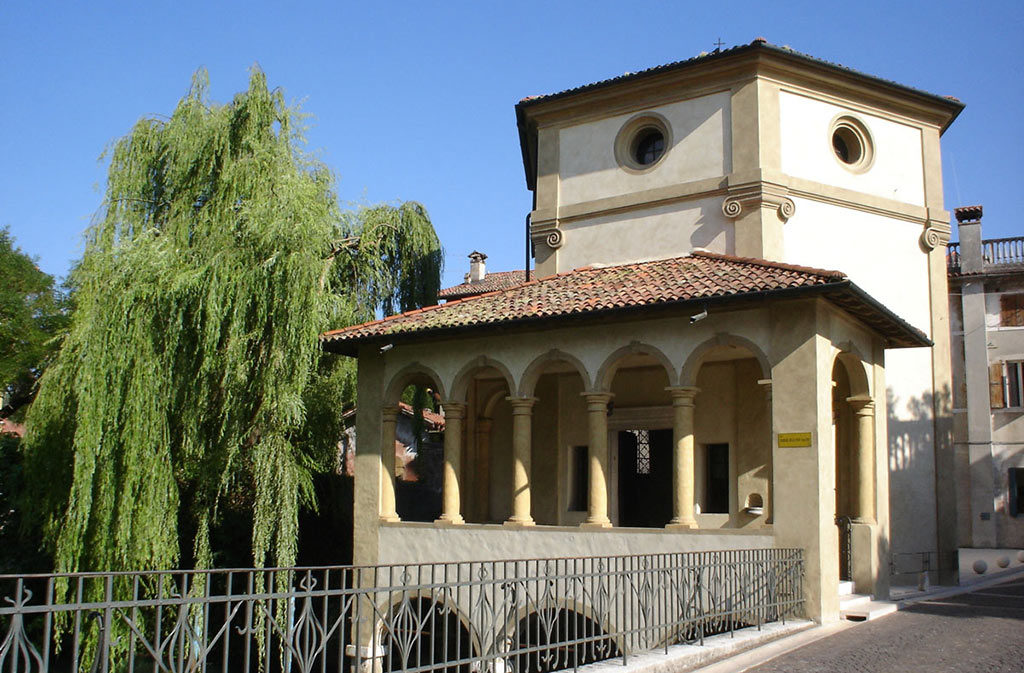 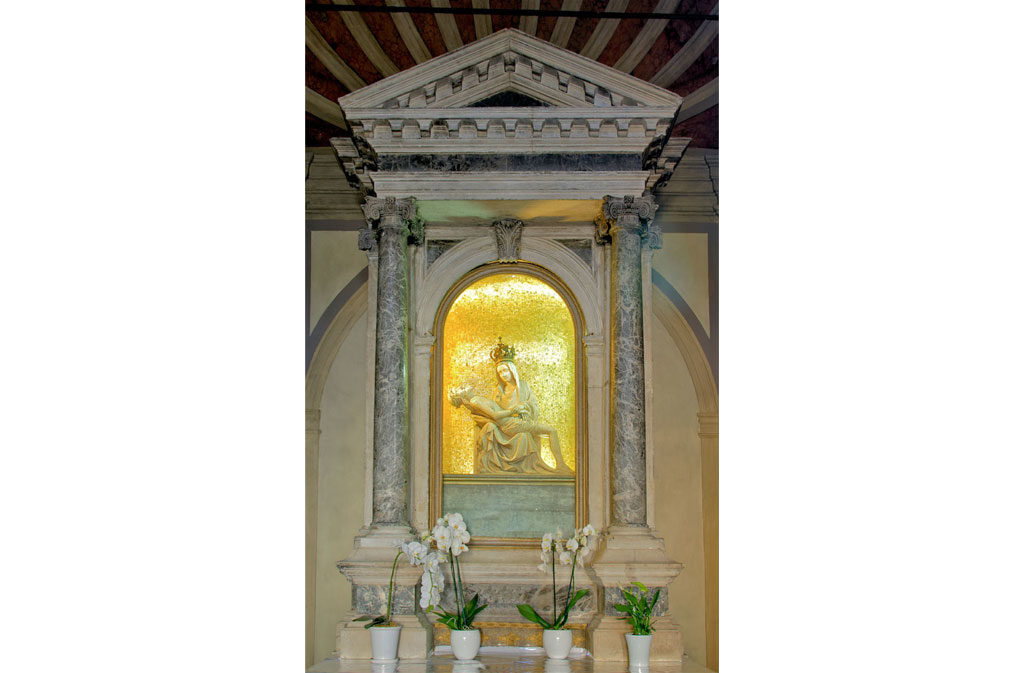 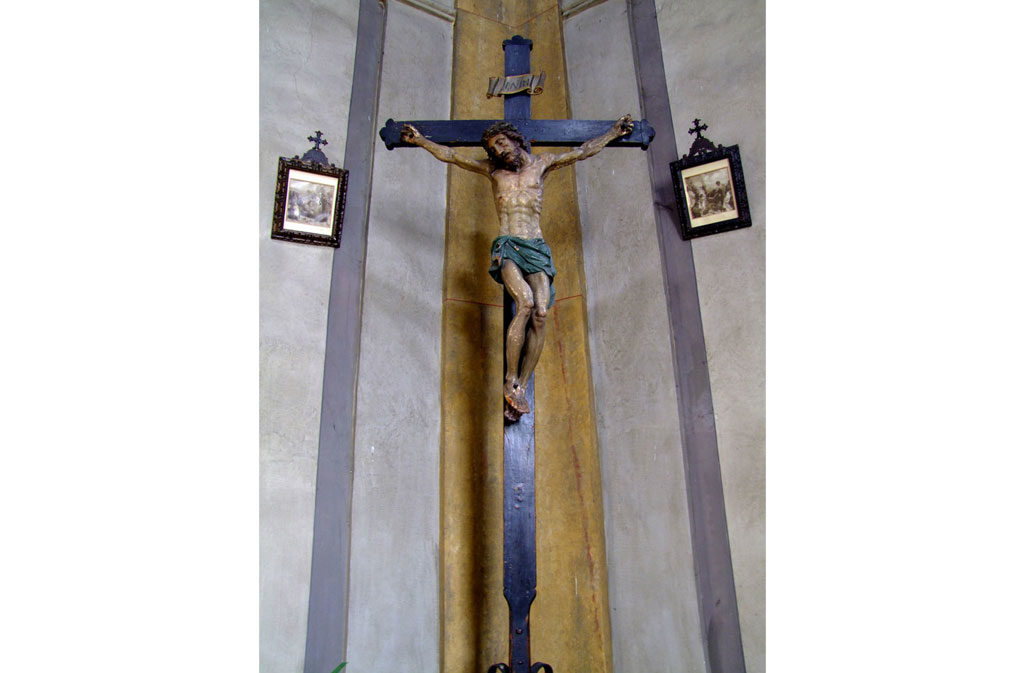 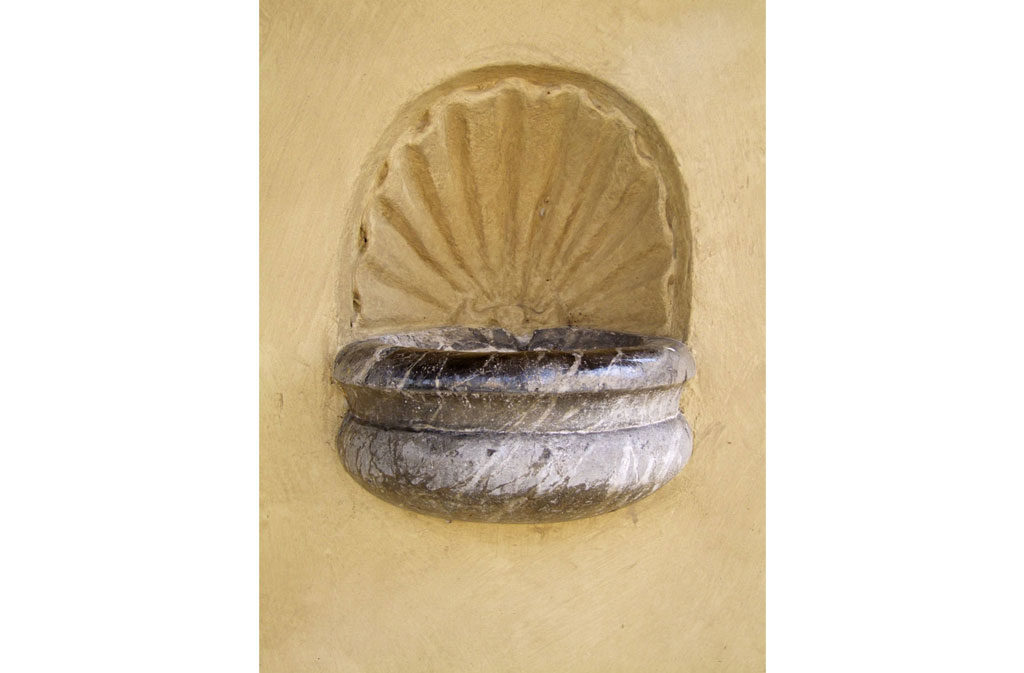 Inside, the church has only one hexagonal hall with vaults and a deep presbytery housing the only altar. To the right, a door leads to the sacristy. The stone altar was sculpted around 1626 by Valentino dell’ Huomo from Udine and is currently located on the bottom of the choir, against the wall.

Above the altar, the sacred sculpture can be seen. This 15th-century statue of Madonna with deposed Christ, also known with the German word Vesperbild, belongs to a particular category of sculptures which were largely spread in Veneto and Friuli back at the time and were deeply venerated by the faithful.

Currently, the statue of Mercy is white-yellowish, but until the 20th century it was covered by a layer of painting, which can now be detected only thanks to a few coloured traces on its surface. The statue, long deemed to be made of sandstone, is actually made of an artificial mixture whose technique, of German origin, is best known as Gußstein. This mixture of chalk and sand was used to create statues or architectural decorations and was easy to mould, allowing for extremely decorative results.